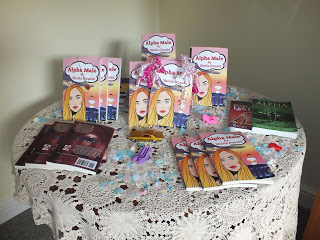 Well, after a hard period of trying to promote and push my book without becoming obsessive or boring, the opportunities have started flowing in! Yes, after a successful book launch party last weekend which included the sale of more than £100 pounds worth of books, I now move on to the opening up of other opportunities. The first of these is two slots to promote my book live on local radio. The first is to be this coming Sunday (17 July) at 7am or just after. Yes, that early but a chance not to be missed, however scary. The second is a pre-recorded session on Corinium radio in Circencester, which is a good opportunity because it is a new area altogether. Then I have a chance to take my book around my own writing groups – local Christian writers group (ACW) and my U3A group as well as visiting our local independent bookshop where I have a writing session booked. I hope they will take a few copies here, as a bookshop in Bourton-on-the-Water, has already ordered six copies. Although its great having books online on Amazon, it’s also good to get them to a wider audience which isn’t online or may not see my book there. And having worked in bookshops over a number of years, they are a really good window on writing and I hope will continue to be so.

In addition it’s wise to grab all online opportunities to promote, this is also a valuable showcase. This week I have taken up a Facebook promotion – not sure if that just reaches existing people or creates more – and have a promotion starting with a company at the end of this week who will tweet my book etc. All different ways to re-invent the wheel or should I say book?

I qualified as a journalist in 2002 and after a period working as a freelance for Gloucester Media writing advertorials, interviews, articles and press releases I have gone on to write for lots of magazines and newspapers, both local and national. I write regularly for the Writers and Readers magazine but have also written for CPO's Inspire, the New Writer, Classic Ford, and Take a Break's My Favourite Recipes among many others. I published my first full-length historical novel. Waireka in 2018 and my romantic novella, Alpha Male in 2016. Both can be found on Amazon. Please follow the links on my book page.
View all posts by journojohnson →
This entry was posted in Uncategorized and tagged Re-inventing the wheel/book. Bookmark the permalink.