Dickens famous sentence at the start of ‘A tale of two cities’, could not describe our holiday better, for that’s exactly what it was, the best and the worst of times.

Best in some of the views of the lovely countryside we saw. 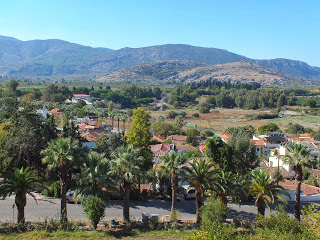 The ancient Roman city of Ephesus was even more fascinating and interesting. Perhaps not quite on the same scale as Pompeii but well preserved and a large ancient city, a part of both Roman

This arena where there was a disturbance after Paul had preached in the Synagogue. His companions, Gaius and Aristarchus where taken here but Paul’s other followers wouldn’t let him go fearing some harm would come to him. In the end the disturbance was settled by the town clerk and Paul’s two companions were released. (Acts 19 v 29-41)
All these things denoted the best of times and things.
However too many of our tour party – 20 out of 43 went down with the Norovirus or diarrhoea and sickness bug and as a consequence saw far too much of these –

Although the modern rather than the Roman equivalent!
But I would say in all this, although many of us missed a number of meals and sites (personally grieved to have missed Pumakala or the white terraces and thermal pools) it did bring us all together in a positive way, looking out for one another. 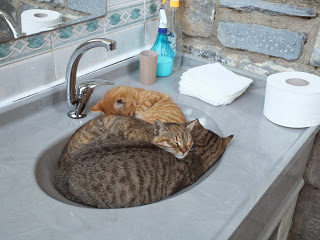 Suffice it to say, however, I’ll not be returning to Turkey again in a hurry.

I qualified as a journalist in 2002 and after a period working as a freelance for Gloucester Media writing advertorials, interviews, articles and press releases I have gone on to write for lots of magazines and newspapers, both local and national. I write regularly for the Writers and Readers magazine but have also written for CPO's Inspire, the New Writer, Classic Ford, and Take a Break's My Favourite Recipes among many others. I published my first full-length historical novel. Waireka in 2018 and my romantic novella, Alpha Male in 2016. Both can be found on Amazon. Please follow the links on my book page.
View all posts by journojohnson →
This entry was posted in Uncategorized and tagged Travels in Turkey. Bookmark the permalink.