Posted on March 20, 2017 by journojohnson
Can’t believe it’s been over two months since I last posted here! To be honest there hasn’t been a whole lot of writing in February either. And to think I started the year so well, thanks to the encouragement of James Prescott and his Facebook writing group https://www.facebook.com/jamespressgang encouraging us to write every day. I think I managed that almost up until mid-February when financial work considerations stepped in. Isn’t that always the writer’s problem? For most of us writing doesn’t pay and so we’re forced to seek paid employment. I have two jobs – working two days a week as a receptionist for a Podiatrist – feet guy and then waitressing up at our lovely racecourse whenever I can and there’s a major event. I also host two lovely Irish guys once a year for the Festival B & B, biggest event on Cheltenham’s calendar with the Gold Cup to play for, or should I say ride for.  This year I was also up at the racecourse for the actual day itself, working, although I didn’t even see a single race that day. But the most exciting thing that happened to me in our corporate box was making a cup of tea for the famous jockey A. P McCoy before he had to go on telly! 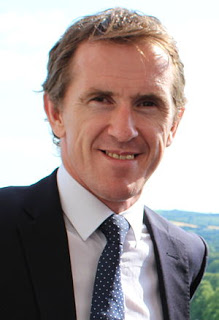 I wonder too, if I was hearing correctly when he left and I wished him a safe journey home and he said, ‘thank you, Sheila’. I’d like to think so!

Anyway, back to writing… At least the Festival stimulated the writer/poet in me and I ended up writing one complete poem and a limerick (how very Irish!), the latter of which I’ll share here below.

Yesterday, on Gold Cup day,
I got no tip and minimum pay,
But compensation for my aggravation,
Was serving tea to jockey of the nation, A.P.

With grateful thanks to Tony McCoy!

May I remind my followers too that my book, Alpha Male, has a racecourse scene in it. Please buy to relive the experience.